Greenhouse gardening can be a great way to grow your crops and learn more about how the different the weather may control how plants grow and what you can do about it.

Growing in a greenhouse can also be a learning curve for beginners in particular since they will be researching and examining conditions, temperatures and moisture that each of your crops need to flourish.

The most common question we receive daily is: what to grow in a greenhouse for beginners, So today we will provide you with a list of the easiest plant you can work with to develop your experience as a gardener:

Growing Vegetables In A Greenhouse Year Round

As the year goes around, Different types of climate will come which will provide you with a variety of other plants and vegetables to choose from and work with. Here is what plants to look for depending on the season you are in:

Plants to grow in greenhouse in summer

More known as warm weather crops, You can start planting these crops in the greenhouse at the beginning of March in most areas of the country.  If you live in areas that are colder than the usual, It may be better to wait till the end of april to start.

These plants are are extremely sensitive to cold/freezing temperatures and should only be set out once the climate becomes warm. The optimal growing temperatures range between between 70°F and 85°F (20°C to 30°C).

Here is a list of plants that are warm weather crops:

Plants to grow in greenhouse in autumn

Now that the summer’s over and the weather start becoming more and more cold, You should switch your attention to cool season vegetables. Their favorite temperature ranges from 55°F to 65°F ( 13°C to 18°C).

During this time of the year you should have some extra options to choose from:

Plants to grow in greenhouse in winter 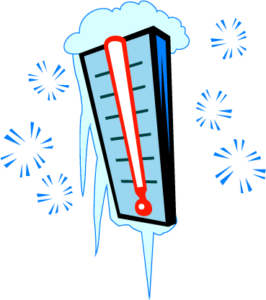 As the weather get cold you should start looking more at frost tolerant crops. These plants are known to thrive in very cold temperatures as low as 28°F (-2°C). Commonly recommended frost tolerant plants include:

What to grow in a greenhouse in spring

Once the spring finally comes, You will be able to experiment  in your greenhouse and grow plants that are usually considered more tender. These plants require at least 8 hours of sunlight + a warmer and more controlled environment in order to reach its full potential. These plants include:

And make sure none of these plants get exposed to frost before transplanting since they can easily die from it.

Most profitable plants to grow in a greenhouse

Tomatoes: One of the most popular greenhouse crops and for many reasons. Always high in demand, very versatile and with a controlled temperature and a good amount of light, Tomatoes can become very prolific which leads to high profit.

Medicinal Marijuana: If you have some capital you can invest in the front, Growing marijuana legally can be a very lucrative and profitable business. Data shows that a dispensary in NYC averaged anywhere from $3,500 to $5,000 in revenue per square foot.

Herbs: like basil, chives, cilantro and oregano are easy to start with, takes little to no space and doesn’t ask for too much attention to grow. Farmers’ markets are an excellent place to start selling your herbs directly to the public. If you want to sell in bulk, grocery stores and restaurants are the way to go.

Bamboo: One of the fastest growing plant in the world, Reaching as high as 2 feet long in only 24 hours after being planted. Not only that, But it can also handle very harsh environments and extremely cold weather. The good thing about bamboo is that many landscapers are starting to use bamboos which creates more demand in the market. Most bamboo gardeners report up to $200 per pot.

Ginseng: Known in the asian culture for many years, Earned the name of “green gold” for being so profitable. The reason for that is because of how long it takes to grow (5 to 10 Years to reach maturity). So if you are playing for the long run and want to cash in the big bucks (Up to $200,00/acre plot from seeds), Get yourself some ginseng seeds, do some gardening and relax & wait for the cash to roll in.

Mushrooms: High end mushrooms can be a very lucrative crop to have, especially gourmets since they tend to bring about $17,500 per season for a 10 x 10 square foot patch. oysters are also great for selling in bulk since they tend to produce roughly about 25 pounds per square foot. They can easily be sold to restaurants & grocery stores and/or the farmer’s markets.

Strawberries. In-season strawberries are relatively inexpensive, but gardeners that are able to grow them year round can yield the high off-season profit. With one acre producing from 5,000 up to 8,000 pounds, You can expect a big paycheck even when working with a small greenhouse space.

Conclusion: What to grow in a greenhouse for beginners

Greenhouse gardening is certainly not all about making money, But sure can be a good way to add an extra cash flow to your pocket. We hope you enjoyed our quick guide on what to grow in a greenhouse for beginners, If you found it helpful make sure to leave a comment down below telling us about your journey and experiences. 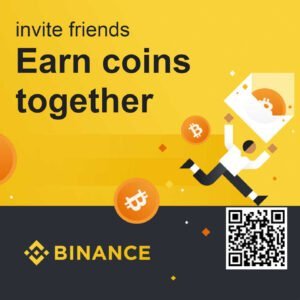